Treasures of an Arcane and Monastic Craft: Scholarly Editing 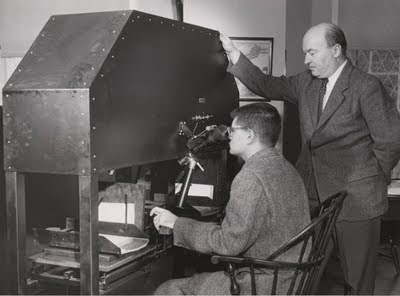 This entry began as a reply to a recent post by Tateru Nino about the preference for physical or e-texts.

Somehow, I stupidly fumbled my posting and it vanished into pixeldust. That is, frankly, an apt beginning for this post, where I state my preference for reading physical text. Now, with a few days behind me, I've had more time to think about why.

For a brief time in graduate school, I considered heeding the siren-song of textual editing, a small but valued part of academic publishing. My mentor and PhD advisor at Indiana, Professor Don Cook, was a noted scholar in this field. Along with a band of similar-minded editors from universities, Don worked on editions of the works of William Dean Howells and other American authors. Sanctioned by the Modern Language Association's Committee on Scholarly Editions, the CSE imprimatur of "an approved edition" meant that these books were felt to represent the best possible edition available.  By comparing a proposed edition to an author's corrected manuscript or perhaps a first edition, the new text would embody, as closely as possible, the words and arrangement an author wanted.

Debates raged about what to do when someone like Scott Fitzgerald rearranged Tender is the Night completely, making a new version that many readers detest. Which text do we follow? Scribner's first edition or Fitzgerald's rewriting? When new editions appeared and an author assisted, how to tell which changes reflect an author's work, and which that of a lazy typesetter?

A Life Defined by Books and Bookishness

In the end, I chose another path. I am an awful and easily bored proofreader, racing on to the next paragraph and, only later, coming back to tidy up the mess I have made. Yet the crystalline purity of a CSE edition has always been a strong lure as I've built my personal library over the years. I'm also the sort to hunt down a good hardback copy of a book I love and then donate the paperback I used for teaching or that was my first encounter with a life-altering text.   Let's see what those might be...pressed to answer right now, I'd cite Toole's A Confederacy of Dunces, Adams' The Education of Henry Adams, Abbey's Desert Solitaire, Cather's Death Comes for the Archbishop, Eco's The Name of the Rose, Wharton's The House of Mirth, Bowles' The Sheltering Sky, O'Connor's Wise Blood, Faulkner's The Hamlet, and anything by Dutch writer Cees Nooteboom.

Not a one, except Nooteboom's shorter travel essays, would feel right on a screen. I like my "reader's" copies with my marginalia, as well as my second copies which I return to reread for pure pleasure. Most of the latter are hardbound. Blame this fetish on my work with scholarly editions.

Perhaps we can enter a world in which a fine printed edition can coexist, as a luxury item, alongside a reasonably correct e-text. Don Cook predicted that book collecting would become ever more of a niche activity but it would be enriched by computers. He envisioned luxury editions printed to order, for under $100, on great paper and perhaps with a choice of illustrations.

Monks in The Alderman Library

The work of scholarly editors continues electronically and without the bulky collator, but there was still a wonderfully Medieval feeling to the craft in the 1980s. Before tablets and dedicated e-readers become mass market consumer items, I had the sense that this arcane craft was already waning, though its practitioners remained tenacious, rather like the monks in Miller's A Canticle for Leibowitz. Once in the Alderman I peered over the shoulders of a foreign ambassador and his wife as a curator of rare books showed them Faulkner's carefully typed and corrected (his handwriting was very precise) manuscript for The Sound and The Fury. I love Faulkner's work for two reasons, first because he invented an entire fictional world; hence the relevance to this blog--Faulkner was a consummate world-maker. Second, he was the first writer who challenged me to read and read again, each encounter taking me deeper into a landscape that, while Southern, was nothing I knew. Yoknapatawpha County might as well have been Burroughs' Barsoom.

So seeing a Faulkner manuscript was like being shown the Shroud of Turin.

There's a romantic idea that the types of projects with such treasures transcend the "and now this!" culture of online communities. Neil Postman coined the term for the culture of television, but in fact it's more true than ever for the torrent of Tweets or Facebook status updates. In fact, the meditative work of comparing editions and manuscripts to remove errors that creep in is an act of passive aggression against the very spaces such as the one I use to compose this text.

It's with a bit of a shiver that I look at the photo of Bowers, a senior colleague of Don's, and Matthew Bruccoli, a contemporary of Don's for whom, many years ago, I wrote a few short bibliographic entries for a scholarly reference work. I know exactly the section in the Alderman where they are working.

I studied there as an undergrad, more than 30 years ago, and in 2002 went back to that part of the library to work on my own editing project of Antebellum Southern Humor, The Spirit of the Southern Frontier (have a look, but it's a bit of a ghost town). I was able to teach with the site twice, so I think the grant money was well spent, and the student who helped went on to her own PhD. There is a great feeling of "standing on the shoulders" of, if not giants, one's intellectual ancestors when working in such a place.

For a while at least, this aspect of monastic life continues. As our culture, the part that cares about serious reading anyway, passes from difficulty to difficulty, I think that we'll end up thankful to men and women who spent many quiet hours preparing good editions.
Posted by Iggy O at 7:34 PM

lovely post, Iggy. I like to think that there will be this kind of archive for a long time to come, and that librarians will continue to be treasured.

Then I read the Post and the Times and remember what they were like when they employed full-time proofreaders.

Still, I'll err on the side of hope.