From the Crypt, Old Tech Finds a New Groove 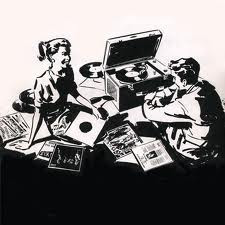 Can a once-hip technology find a niche market and thrive? Just go to the record stores to find out. I did, and I think I've found a lesson for Second Life.

A Recent History of My Record Collection 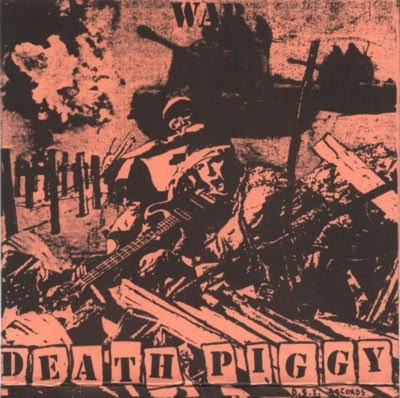 Like most teens of the 70s, I amassed a huge stack of vinyl by the standards of the day--300+ disks. My older brother only bought 45s--in a way the MP3s of his day. I came of age, however, in the era of Album-oriented rock and FM stations before the horrors of modern commercial radio and their "drive time" morons with limited playlists and smaller minds. For all its "welcome back my friend to the show that never ends" excesses and triple albums, that era also featured amazing work and great cover art, from Pink Floyd and Brian Eno to The Ramones and X. I've Brian Eno's and David Byrne's "My Life in the Bush of Ghosts" in the first vinyl issue (the song "Qu'ran" was removed later, after objections by Muslims), plus two different CD versions. I'm that sort of geek about Eno.

My collection has dwindled to about 100 disks now, played from time to time. They are in good shape; I was so finicky (and poor) as a student that I'd play a new LP just long enough to tape it onto a cassette for the car. Now I find the warm sound of vinyl worthwhile for Floyd, Yes, Sabbath, Tull, or CCR. Most of my punk and electronica, ironically, came to me later on CD.

I'm no musical luddite: mostly I spin CDs or, ever more often, songs I've ripped from them onto the iPod / stereo connection or laptop. I believe I have purchased five songs from iTunes and have never downloaded a "shared" MP3 file. Why bother? The sound does not compare to what I get from a real stereo system, even when I connect the subwoofer and external speakers to the computer.

Before the revival came, I sold off records for a lot of money on eBay, in particular some near-perfect copies of "Dark Side of the Moon," with the trippy posters, and an import of Hasil Adkin's "Rock and Roll Tonight," with the world's only hillbilly tribute to decapitation, "No More Hot Dogs." My best-ever sale went to a rabid fan of the Richmond shock-metal band GWAR. I owned a rare EP of GWAR-predecessor Death Piggy's "Love/War," bought from the band's guitarist Russ Bahorsky when we worked for the same bookshop near VA Commonwealth University. Telling the poor eBayer that I actually have met Dave Brockie several times (my nephew worked for Slave Pit Inc., GWAR's production company) I felt stalked: the GWAR fan was ready to worship me and kept e-mailing long after he got his record, as if I'd send him some dirt where Brockie had walked. Such is the power of music.

I figured, at the time, that these lucky sales were mere flukes for collectors eager to get something not available on CD.

A Turntable Breaks and I Reenter an Old World 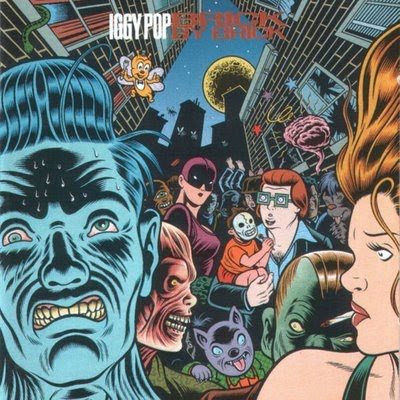 Now I'm convinced something more than a fad is upon us. When getting up to flip a Stones LP, I discovered that after only 25 years, my JVC L-E600 linear tracking turntable needed a new belt. I set out in search what I assumed to be an elusive rarity, a record-player repairman.

Then, suddenly, I was cast among the hipsters. Yes, you know them, in their skinny rolled-up jeans, pork-pie hats, and one-speed bikes. In their beards and irony, they might have been me, 30 years ago, except I looked more like "Nirvana meets Mad Max" back then.

These kids are what passes for urban Bohemia in the US today, and they are buying vinyl. Lots of vinyl.

So are old geezers my age, clones of Bettie Page, and Richmond's "trailer punks" who combine tattoos, PBR, anarchy, battered pickups, gun collections, and lots of piercings. A student who became one of our campus area coordinators owned over 10,000 LPs when he and his mountain of vinyl left campus for a PhD program.

In getting my turntable diagnosed, I paid not one but two visits to my favorite CD and DVD shop, Plan 9 Music. They have long had a "Vinyl Crypt," sited in the depths of a basement with an iron gate to seal it off and flames climbing the walls. The operative metaphor here was, before the vinyl revival, to descend into technological hell.

This snarky touch to the shop was a hip joke until, suddenly, the vinyl got more popular than the CDs and slowly, one rack at a time, records began to appear upstairs after an absence of many years. Prices began to climb, and Plan 9 stopped selling vinyl by the pound at an annual tent sale. Soon the shop began featuring used turntables, with a one-month warranty, and other stereo gear. 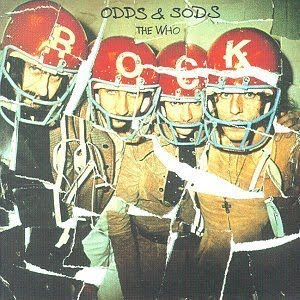 I'm not much of a vinyl collector. I've purchased perhaps 10 LPs in twenty years (as compared to perhaps 80 CDs). Still, while seeing the cover of The Who's "Odds and Sods" in the Crypt, with its remarkably corny but lovable "Now I'm a Farmer" almost got my wallet out of my pocket.

While my JVC was sent off for repairs, a pristine Technics SLQ-200 turntable, the sort of direct-drive masterpiece that I wanted but could not afford in the 80s and early 90s, caught my eye. $80 later, I carried it home. Now I've got a spare turntable, and it sounds phenomenal. Ozzy and "Paranoid" await me, as does Led Zep's "Physical Graffiti."

So, Can Linden Lab Find a New Groove?

The remarkable thing about surviving record stores is how they retain older collectors while basing their growth on newcomers with credit to burn. Like vinyl not so long ago, Second Life lacks the luster it once did. But so did vintage systems like the Nintendo and Atari consoles before their comeback.

What if Linden Lab stopped trying to matter to the mainstream? What if it stopped trying to be cutting edge, technologically? What if the Lab figured out a way to identify its niche, as the vinyl dealers have done, and exploit it by providing a solid and dependable product?

There are some problems with this analogy, as was my earlier consideration of the hobby of building plastic models.

Linden Lab cannot trade on nostalgia, as have Atari and Nintendo. The Lab cannot play to a large group of people who link SL to their golden and misspent youth, as vinyl does for many of us. Of course, the hipsters buying vinyl now have no memory of its heyday. To them, the vintage equipment in Plan 9's Crypt might as well be from ancient Babylon. They may, at best, have glimpsed it in dusty corners of parents' attics.

When Hamlet Au and others call for mass adoption of SL by new users, I wonder if they miss another option: a large audience who would come back to SL under certain conditions. Has Linden Lab thought to use its database of former users to find out why they left and what it would take to get them back, perhaps to a Web-based product? Record collectors and model builders keep adding to their collections, a few dollars at a time. What can get SLers to put down enough money each month to pay the Linden bills fully? What "secret sauce" could keep these customers coming back, as they do to the Vinyl Crypt or to Squadron's hobby shop online?

Tenchi, you are reading this. Di, I wish you were. What would bring you two back as paying SLers?

I'll spin some records now and await your advice.
Posted by Iggy O at 12:43 PM