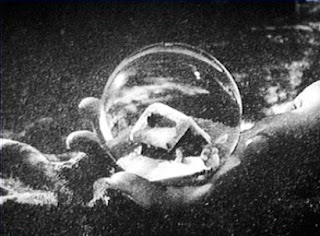 Hamlet Au provoked his readers to crowdsource the meaning of Oz Linden's post on Third-Party Viewers. I am paid, in part, to teach students the art of literary exegesis. I have a spare 30 minutes on my hands...so here we go!

If you find this soporific, then it may help because we all need a good nap from time to time.
Thus, and in conclusion, Oz's text contains no hidden message identical for each of us. At this point, I began to drool and fell heavily on my keyboard.

Excellent analysis! "Postmodern hermeneutics teaches us, however, that all works self-destruct. In Oz's case, ambiguity has mingled with "true presence." This, as I am about to show, descends into the realm of horror." Fantastic!

Unfortunate that you fell asleep prior to integrating the "shared experience" of the fourth act into your cogent exegesis. Surely the desire to maintain a shared experience is a reference to Ibsen's "A Doll House". I'm just not sure what the slamming of the door translates into in LL policy terms.

Hope you had a nice nap!

One must storm the barricades of Art, ladies, Post-Structuralist torch and pitchfork in hand.

Missy, the Ibsen reference is well taken. I have only seen the play performed in Polish, in 2006 in the National Theater in Warsaw. As I do not speak any Polish beyond "thank you," "good day," and "Kielbasa" I was able to take in the drama in a Jungian manner...I went straight for the archetypes.

Jungian analysis is a bit antique in English Departments, but I'll just have to dust off my Jung to show the parallel. We are, in our migrations from Linden Lab, replicating the same ancient impulses of fleeing a stultifying but secure home for a life of freedom.

I would, moreover, suggest that we are Nora, leaving Torvald. In my exegesis, Torvald represents the comfort and security of Linden Lab...and we set forth for the freedom and responsibility of OpenSim.

I now know what it feels like to be in ancient Greece....

Cecil, you can even get yourself some "Flute Girls" in SL...why it IS ancient Greece.