A Round of Applause for the Phoenix Developers 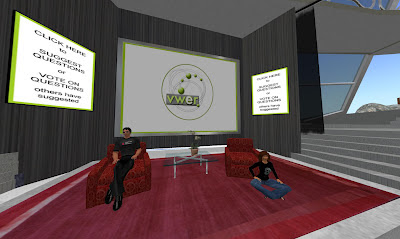 I was dreading our meeting today. Just the other day, the four officers of VWER tried to hold a voice-chat meeting and it required two relogs and 20 minutes just so we could all hear and speak.

When we do voice interviews, we always have a couple of voice-to-text transcribers who capture the essence of the spoken remarks. This helps hearing-impaired members and maintains a transcript for later reference.

Logging in today, when we'd have about 20 guests and two speakers, I was nervous. A laptop melt-down left our other transcriber out of Second Life. So I had to be the sole typist for a technical topic about research methods and virtual worlds. This too on a day after Linden Lab began a few major upgrades.

The developers at Phoenix had just released a new version of the Firestorm viewer I like so much, and it promised real performance improvements.

And so it did. Second Life became useable again on my rig, and no chat-lag or other bugs cropped up during our meeting.
Posted by Iggy O at 12:38 PM