The Sweet Smell of Desperation 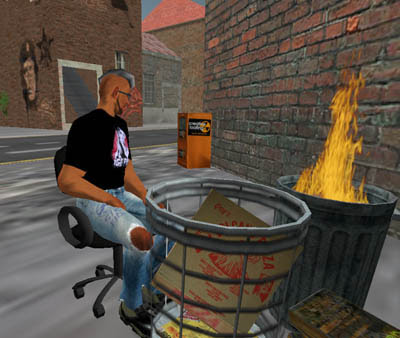 Location: Looking at barrel and refusing to be bent over it again

As Linden Lab gradually loses landmass in its virtual world, as shown so graphically in Tyche Shepherd's Grid Survey data, the Lab turns again to a dog it kicked repeatedly in 2010: educators. Hamlet Au broke the story that the Lab is "quietly" reaching out to selected schools and nonprofits who lost their 50% discount on the Lab's exorbitant tier rates: come back, and you will get the discount again. According the Hamlet, the discount works as "a full private island for $1,770 per year, or $3,540 for two years."

"Please, oh please," Linden Lab might have added. Here's why educators should reply with a firm "no thanks."
We've not forgotten, Linden Lab, the whip-sawing policies that marked the 2010 buggering. Many of us have moved on, and it's likely my last-ever semester using virtual worlds for a class project.

So, no thank you and thanks for all the prims.
Posted by Iggy O at 5:17 AM

I can only shake my head at Linden Lab's lost opportunity. More elaboration on this here:
http://etsuvirtualart.blogspot.com/2013/03/the-future-is-history.html