A Sense of Place in Second Life 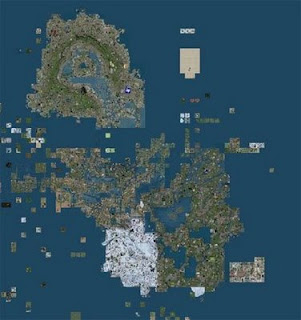 One of my obsessions is maps. I made them up for paper-and-pencil roleplaying games, and I even taught map-reading in my military high school. When I spend a lot of time in the wilderness, I love poring over the topographical maps that I use to get from points A to B. On road-trips I often relax after dinner with a drink and a highway map, looking for odd spots to visit the next day.

I never travel by interstate when I can manage it, and I'm not big on GPS. I like to get a feeling for the place I'm in. For the same reasons, as convenient as teleportation has been in Second Life, I love to get in a virtual vehicle and drive the Linden-built highways that can be found on the mainland continents.

Thanks to the maps of slurl.com we are a step closer to having a sense of the shape and scope of the Lindens' invented world. It's Philip Rosedale's first big project since he stepped down as CEO. At first, I thought "well, they gave him some make-work job," but as I surfed his maps for familiar places, something else happened.

Here's the area around Ross, the region where Iggy first appeared from Orientation Island. 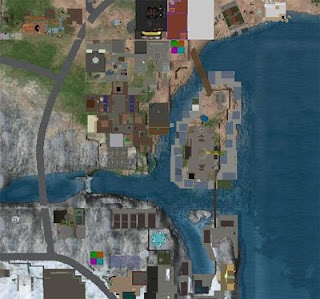 And here's Richmond Island. I can even see the three buildings that my students made for the build-it project last semester. 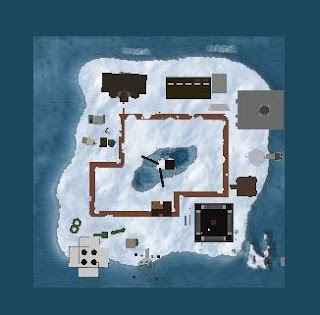 I get the same thrill when I look down at my own house using Google Maps, after setting the view to "satellite." I've found other familiar places from my past, in the US and overseas.

Like Google Earth, the slurl.com maps rekindled my sense of wonder. Of course, the world I'm seeing is not "real." Yet the thrill of recognition is the same. That has always been Rosedale's gift as a utopian.

Why did we come to SL, in the end, if not for wonder? We need it from time to time. As fertile as the virtual world is for friendships, education, even shopping, it might as well be Facebook were it not a place. Now the unreal world of Second Life seems ever so slightly more tangible.
Posted by Iggy O at 4:09 PM