When you play a traditional MMO, there's killing stuff, roleplay, and "leveling up." So in educational roleplay, with only the middle element, how to motivate participants?

I would love to have the time to commission a HUD for Nevermore Island in Jokaydia Grid, but it was enough to get a House of Usher "up from the ashes" of the Second Life build in 10 months time. Students in my "Invented Worlds" course opting to do the take-home final begin exploring and interacting with Roderick and Madeline tomorrow.

When I last tried this with one of my classes in Second Life, I chose to give each student character a roleplaying goal, such as "find out if Roderick is giving Madeline any medicine" and a beta-test goal of evaluating some element of the 3D build.

This time, that last goal gets moved to the exam essay, due some days after trip to Nevermore. Meanwhile, I came up with an appropriately gamelike metaphor for each student: a motive, either  benevolent or even hostile to the Ushers, as well as a mission to discover or recover something from Nevermore.

This approach will be fun for me, in the role of Roderick, because I will assign said motives and missions randomly from two hats passed at the start of each session. Neither the actress playing Madeline nor I will know what each student gets, and I will not comment on them if asked. Moreover, I will encourage each student not to tell the one or two other students present in the lab, where all of us save Madeline will be for the expedition.

Were Linden Lab to cut tier drastically, and let me bring in an OAR file (my requisites for returning this work to Second Life) I could merge this pedagogical approach with one of the combat-system HUDs available in SL. Some include effects for drowning, fire, or falling.

I don't want the experience to turn into a violent game, but having a working pistol or sword about could add to the fun considerably. After all, folks die in Poe stories all the time, and student mistakes could then become fatal.  I'd also want to add some scripted non-player characters such as a hermit, a ghost, and perhaps a couple of hostile wolves in a remote corner of Nevermore Island. Those will wait for OpenSim to catch up with SL's technology. I'm excited by the promises Rod Humble has made about gaming feature coming to SL's default interface, but the cost for a robust sim-wide build are too steep.

After April 2012, I may have to decide again about grids. Reaction Grid has not updated its OpenSim software, and I want features available on newer grids such as reliable hypergridding. I'm hoping that Jokay and her customers can put some gentle pressure on Reaction Grid to make the move, as they seem more intent on support Jibe, a lovely 3D technology but beyond my coding-and-design skills at present. Please don't suggest I move to Jibe: given the weight this work gets in my annual evaluation, I'm not going to take time to learn new 3D apps. I get more credit for an article or new course than for any immersive 3D work, and that's unlikely to change.

Wherever the build goes, after this semester Nevermore will be open, by appointment, for groups or individuals who want to RP in Poe's setting.
Posted by Iggy O at 6:27 AM No comments:

James Howard Kunstler Talks Back to My Class

This week, in Duncan Crary's and James Howard Kunstler's weekly Kunstlercast, Jim responded to questions from my Eng. 216 "Invented Worlds" students about his novel World Made by Hand.

They cannot imagine a world where the screens go dark and stay dark, where chatting to friends involves talking over a fence, and where getting a meal means a trip to the garden or root-cellar.  While I tend to agree with them that Jim might underestimate human ingenuity in the face of a prolonged energy crisis or economic downturn, I likewise think my Millennial students and their Boomer and Xer parents are a bit naive about progress. They don't see clearly, or often enough, how every technological innovation brings with it unintended consequences, even as it fails to deliver every miracle we might expect (I'll shine your flying car if I'm wrong).

World Made By Hand and its sequel, The Witch of Hebron, are bracing speculative fiction, and I'm glad Jim found time, between gigs as far afield as Sweden and Australia, to be a gracious and receptive respondent.

The podcast can be found at iTunes podcast listing (search for "Kunstlercast") or from the Kunstlercast site.

Now, if the reader will excuse me, it's time to get some wood I split and fire up the wood-stove. I'm not kidding. For now, at least, blogging and wood-splitting exist side by side. In 20 years, I suspect our world is going to look more like Kunstler's and less like William Gibson's or even the banal utopia of the sofa-bound YouTube addict.
Posted by Iggy O at 1:55 PM No comments:

Of seventeen students in my "Invented Worlds" course, fifteen opted for the "take-home exam," consisting of a one-hour orientation to OpenSim and then a ninety-minute "expedition" to the House of Usher on Nevermore Island.

Officially, it's my fifth time in a virtual world with a class, and only my second with an OpenSim derivative.   Time required to set this up? Twelve hours for setting up avatars and orientation, sixty for building and scripting in Jokaydia Grid since we left Second Life.

I'll just post a few pictures today, since no one was in-character as a participant in an 1847 adventure based on Poe's story. I was surprised, and pleasantly so, by the students' adeptness with level-one VW skills. Moving, finding and opening notecards, IMing and chatting were no barriers. I also showed them how to capture chat and take snapshots.

The orientation sessions also helped me add immersive elements to the simulation, such as invisible prims under the Tarn so avatars could not go diving in over their heads.  I also got ideas, watching over students' shoulders, where I should hide more clues and more atmospheric elements to the build.

Many thanks to Jokay Wollongong, who did a quick sim-restart and provided advice for this large group...not to mention a quick list of account names and passwords!  She's even working on a few accounts, individually, where student avatars would not rezz for other participants.

Though I kept wishing for some of Second Life's bells and whistles, I did at least see that in either virtual world, small-group orientations accomplish a great deal in one hour.
Posted by Iggy O at 11:45 AM 1 comment: 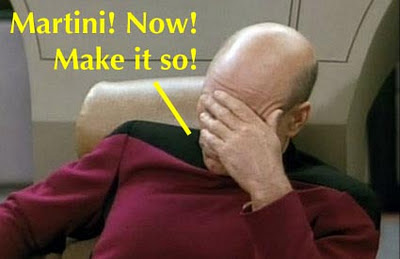 Update, 8 October: Hat-tip to Hamlet for publishing a new post with PG-rated regions. Of course, many educational sims have Mature ratings because of disturbing content or museums that feature nudity.  But this is a good step!
Posted by Iggy O at 8:04 AM 8 comments: