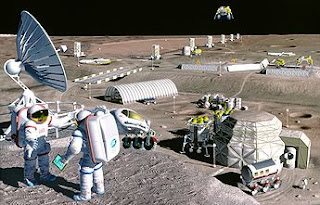 This is No Way to Run a Railroad

I'll again try to host my meeting of the Virtual Worlds Education Roundtable tomorrow. Our title for the meeting is "What will you do with virtual worlds on your summer (or winter!) vacation? (TAKE TWO!)"

When last attempted, the Grid was down and only one lonely avatar made it to the Roundtable venue.

Then we rescheduled promptly, so we could at least talk about holiday plans before the Summer (or the antipodean Winter) break fades away. But Linden Lab has other plans: three days of work and "some regions may be taken offline and remain offline for extended periods of time."

I cannot imagine our newest educators in the group being pleased with this.  At the same time, Premium members are promised a "latest Premium-only perk. . .a fully interactive railcar that you can ride across more than 80 regions of the Second Life Railroad. Up to four people can ride and explore on each car!"

Well, wheeeee to that! I could not even get four of us to log in last time, and I certainly have had rotten luck crossing sim borders in my own vehicles.

What a fiasco this virtual world is becoming, for any serious work.  This is no way to run a railroad, even a fake one.

Hat tip to Prim Perfect for alerting me to this in an aptly named post, "There have been better weeks for Second Life."


My summer plans: beef up the Jokaydia Grid build for Fall. After all my prognostication about mobile apps in the last post, my department chair asked me to teach my first-year seminar again, and I most likely have missed the deadline for the iPad Initiative grants. I will run the Usher simulation again for my class...somewhere.
Posted by Iggy O at 7:12 PM No comments: 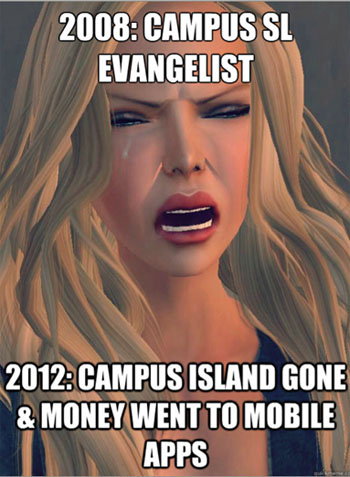