Some Numbers to Ponder 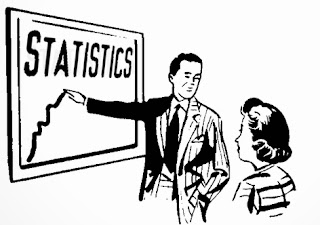 Though I did get an A+ in the one statistics class I was forced to take (and perversely, enjoyed immensely) I'm no number-cruncher.

So I "ran a few numbers" today, while watching the verbal pie-fight at NWN about the Linden Lab terms of service and how it might be influencing content creators.  It would seem to me that a better test of Linden Lab's success or failure would be how many new content-creators are coming into the platform. A few high-level departures now won't do much, in terms of establishing a trend.

There is a clear trend to ponder in SL. I pulled these figures from Grid Survey's rankings of private estates in-world:

I suppose there's comfort in the smaller decline from 2012 to 2013.  What does the overall trend portend? At some point, there will come a tipping point. What the Lindens do when their world is no longer profitable enough to satisfy their Board remains as mysterious as anything else that comes from their offices.