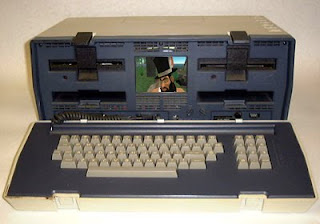 I've often whined here, and at meetings, about the steep system requirements for running Second Life.

Kudos to Joel for posting "9 Ways to Make Second Life Run Faster on Your Low Performance Computer". Joel uses a nice visual metaphor as well, the image of a 1970s Chevy Monza racing. Some of those cars had a small-block V8 crammed under the hood; I nearly got killed in an old girlfriend's stupid-fast Monza (until it fell apart, like most of its GM ilk back then).

So how can those of us make our old buckets of bolts "run like a scalded dog," as Southerners like to say about our cars?

Follow Joel's advice and the comments there, especially if you are a PC user.

I want to thank a SLED member for telling me to no run my laptop off the battery when running Second Life. That worked well to improve performance, especially when I connect by wireless.

Another tip to Mac laptop users who MUST use the battery: check the battery monitor at the top of the screen and click/pull down for "better performance." Just don't expect to keep the battery charged long, at least on an older MacBook Pro.
Posted by Iggy O at 5:16 AM