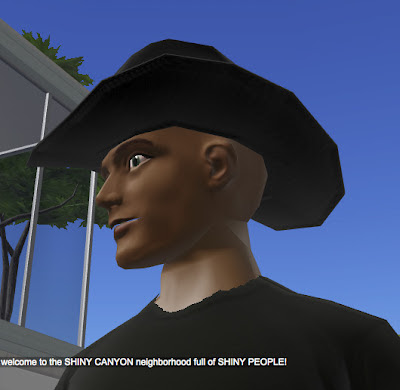 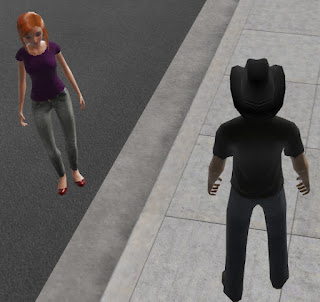 
It's nice to feel happy about this shiny new virtual world. I hope the happy dance continues. Come by Shiny Canyon for a visit.
Posted by Iggy O at 1:46 PM

I don't know about the "real identity" thing. I just joined with my SL avatar name and most of the people I saw in the cloudparty were fellow SL'ers using their SL names.

A strict real ID policy would be a shame as it would turn away many experienced 3D builders etc.

Not to mention the privacy issues such a backward step would mean.

Great post! I think that minds are opening to the concept that just as we use more than one textbook to teach a course, we will use more than one virtual platform - some complete worlds, some simple conference rooms . . . #CLOUDPARTY has entered the race for adoption by many niche populations, including educators. I think CLOUDPARTY is here for the long haul and will become one of the primary platforms in the 21st century educator's toolkit.