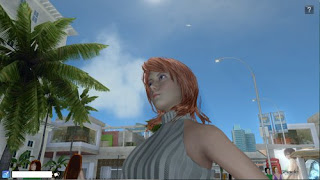 The buzz about vaporware is becoming buzz about beta-testing. If your Windows Vista PC is ready, you will soon be able to try Blue Mars. Before I rant a bit about my dislike for any world that prohibits user-generated content, I must admit that Avatar Reality may end up with a hit.

After all, hardcore console gamers made fun of Sony's Wii at first.

It's not sexist (by a viewer) to point out that all of BM's preview images features modestly dressed female avatars. Maybe the boys designing the world prefer to look at babes as they alpha-test, but I think it more than that. Women have been in Second Life in large numbers (no one knows a precise percentage) and they may well be attracted to BM. This was Sony's premise, and men are using Wii as well; with an alpha-male in my family and a great-nephew I recently got top score on Rock Band with the Ramones' "Blitzkrieg Bop."

I've been rather savage to Blue Mars, since aside from my Mac zealotry, I learned that user-generated content by casual end-users would be prohibited. I'd even called BM "Blue Suburbia" on an e-list, after a designer of corporate simulations noted how consistent and business-friendly it would be for people who did not want to make anything. He even hearkened back to the "flying penis days" of SL, an era mostly gone.

I admit that the screen shots look appealing. But so does a theme-park. 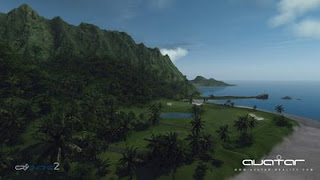 Blue Mars client and interface is focused on enjoying the world through play and interaction, not content creation. Rather than force developers to learn new ways to create content through our own proprietary toolset, we support industry standard content creation tools like 3DSMax, Maya, and Flash.

Also from the company's FAQ:

Most city developers allow small vendors to set up shops in their city to sell virtual items. We will be announcing more details on this program in the coming months.

Here a line gets drawn: a virtual world that would make residents tourists by default, playing easy-to-use games and shopping shopping shopping for 3D pixelated versions of things they can no longer afford in our collapsed economy.

Keep in mind, however, that Wii thrived despite the need to purchase a dedicated console and not use the PC already on lots of desks. Nintendo marketed Wii to a demographic not already using a competitor's product. I suspect that the bad press about the wild sexuality in SL (rampant and overstated in too many tech journalist's pieces) is on the radar of corporate women: they'd be BM's first residents, then the boys would come over to socialize and try to act cool.

It would be a social-gamer's paradise, as the Sims has been. And it would bore me to tears with the nightclubs, the drama, the GOLF: 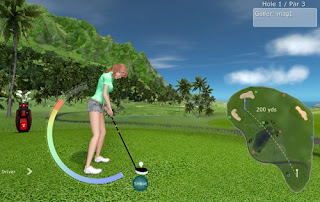 So yeah, I don't care for the idea of Blue Mars. If I cannot make stuff, even silly Lovecraftian books for Armada RP that whisper to me, I'm bored easily.

Unless I want really mindless and geeky fun. Then for Windows-based mayhem I'm betting on Stalin vs. Martians, more of my idea of a Monthy Pythonesque game that is easy to play. 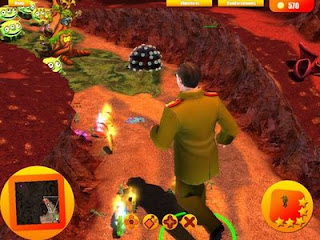 Forget the Red Planet. I'm going to play with the Red Army. Where's a PC? Gabba gabba hey!
Posted by Iggy O at 4:16 AM

the problem with allowing all users to easily create content is that most users have really bad design skills and should really be barred from attempting to do anything artistic. Second Life's world is just plain ugly, with gross pixellated 256x256 textures and no consistent design motif. it'll be nice to have a world designed by real artists.

Ducic, a great deal of SL design is really terrible. But perhaps you've not been to some very well realized sims, if you think that "Second Life's world is just plain ugly."

Still, I'd rather put up with that and let people do what they want.

As an educator, I want my students to create content, not merely look at it. Then they are just tourists.

No thanks to that.