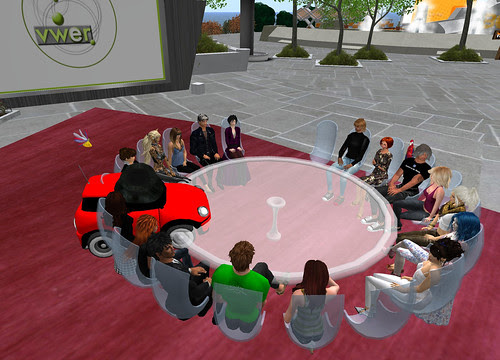 
The good folks at the Virtual Worlds Education Roundtable are training new people to host our meetings, and AJ Brooks has asked us veterans to share our ideas. I will run this post here and at the VWER site.  I'll focus on interviewing guests in another post.

Iggy's rules are not the same as Ann's or Ev's or AJ's. But these principles have worked fairly well for me over the past few years.
I am thrilled that we have a new group of moderators. Running a virtual meeting is a specialized craft. I wish our new moderators luck!