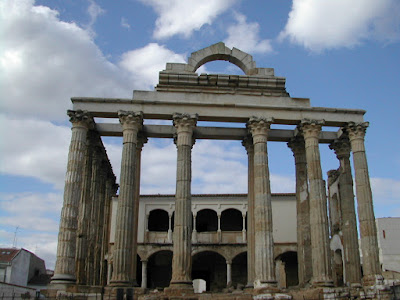 Location: Waiting for a Vote

This began as a reply at Tateru Nino's blog. I'll share my thoughts again on this debt debacle.

The USA is a plutocracy with its paid politicos in both parties; the GOP is merely more naked about its ambitions. Many Democrats kowtow to old Counterculture ideas, but that part of our culture never had a unified agenda beyond ending the war in Vietnam, whatever the right claims about Socialism etc.: the US Counterculture was a coalition of utopian dreams (many of which I cherish, foolishly perhaps).

Our plutocracy was only under serious threat in the years between Teddy Roosevelt's Progressive movement and the end of the Vietnam War.  Then, starting with Eastwood's and Bronson's pop-culture vigilantes acting out against coddled criminals, the pendulum began to swing back to the right.

Finally, Ronald Reagan set us back on track to let the plutocrats rule again from behind the scenes. Now the rich rule more openly. Corporations are people by Supreme Court fiat and can make unlimited donations in complete anonymity.

Given this brutal set of truths, it's best to stay quiet and live a productive life, then retire.

Marcus Aurelius was correct: "What is even eternal fame? A mere nothing. What then is there for which we ought to take serious pains? Only this: to have thoughts just, acts social, words which never lie, and a disposition which gladly accepts whatever happens, as necessary, as usual, as flowing from a principle and source of a familiar kind."

Few men other than Aurelius, in his era, knew something was deeply wrong with the Empire. Just as then, history will remember US libertarians, liberals, and fundamentalists, even as the sands of time bury them all.

Miso, after being angry so long at the paid-for clowns in Congress, it's probably healthier to be Stoic.

That does not mean I won't keep voting against Eric Cantor, our local Congressman and a poster-boy for plutocracy. He never knew anything but affluence of suburban Richmond growing up and attending one of our finest private schools. What else can we expect for a blinkered elite but this brand of politics?