Kunstlerism of the Week + Biblical Loonies 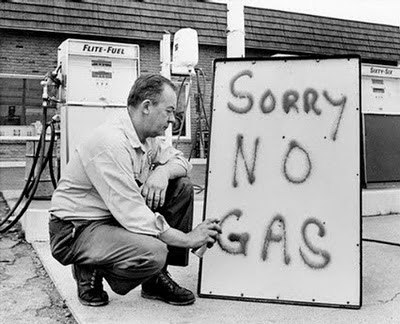 Location: Between Resignation and Ennui
I changed my Google password to make it stronger. Christian apocalyptic fundamentalists, the American version of the Taliban who believe that gays, secularists, and anyone not like them are servants of the Evil One, somehow redirected this site's URLs to a hate-screed site with all sorts of idiocy about their twisted version of Christ's gentle message.
Try getting help from Google: this they have in common with Apple. You go to a forum. There's no way to report the haters, so I just changed my password.
Kunstler is right, friends. We are seeing the rise of rampant anti-science and illogic. It makes me almost brothers-in-arms of the Transhumanists I just critiqued. At least they understand that the earth is more than 6000 years old and that the scientific method can make the world smarter and more reasonable.
Amid this, I waltzed over to Kunstler's blog, as if that would help. But he puts a mere blogjacking into perspective in his article "Fierce Urgency":
The future attempts to regulate undersea oil drilling will send many companies to do their thing in other parts of the world where nobody gives a shit what you do offshore as long as you pony up the royalties to the grifters in charge onshore. America is going to lose a whole lot more of its own oil production. Smaller companies may shut down altogether from the cost of complying with new safety rules and an inability to get insurance. The oil from deep water in the Gulf of Mexico was how we hoped we would offset the ongoing depletions in Alaska. We're going to have to import even more oil than the two-thirds-plus we already depend on. One thing President Obama -- nor anyone else with an audience or a constituency -- will speak a word about is our massive, incessant purposeless motoring.
Pretty soon, the oil missing from the Gulf will leave a message at the 7-Eleven stops in Dallas and Chattanooga, and before the year is out the cardboard signs that say "Out Of Gas" may hang on the pumps. A great hue and cry will rise out of the Nascar ovals and righteous lady politicians with decoupaged hair-doos will invoke the New World Order and the Book of Revelation in their rise to power. Reasonable men with moderate views will dither on the sidelines, afraid to offend one faction or another.
It's not just the Linden layoffs making me grim in this long hot summer.
Posted by Iggy O at 9:37 AM