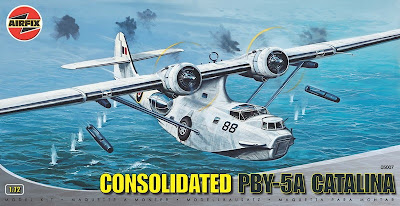 Lately the blogs I follow have focused on ways to "save" Second Life. Tateru Nino riffed on Philip Rosedale's notion of "Fast, Easy, Fun" as the mantra for improving SL. I found a few lessons about retaining one's customer-base (albeit an aging one!) from my 40+ years building scale models.

So what does "fun" mean?

"Fun" comes in all forms. For online environments, the fun can be goal-oriented and rules-bound, as in games. It captures one of the two sorts of play academics talk about most often: the ludic. The latin word ludus fit both school and play, since schools were places where creative play prepared Roman youth for citizenship, war, and scholarly life.

On the other hand,the fun can be playful for its own sake, which often marks what happens in virtual worlds. Academics call that type of play, one that sparks improvisation and vision, paedeia.

There's a blurry line here, because a friend playing Lord of the Rings Online has greatly customized his avatar and often uses his in-world home for ad-hoc social gatherings unrelated to a current quest or battle. Likewise, areas of Second Life that emphasize roleplay can be very ordered and competitive.

Virtual worlds with 3D content are young online environments. Their big challenge appears to be capturing and keeping customers. I got this reference, to a "two-year effect," care of Lalo Telling's blog. Do that many hobbies really hold a typical person's interest for only a year or so?

That's laughable to me, since many of the hobbyists I know have lifelong interests in restoring old cars, collecting farm equipment, or making organic gardens. In my case, it's a little of all of the above, plus building model kits and running face-to-face roleplaying games like Dungeons & Dragons.

Something about these activities holds the hobbyist a long time. Thus, virtual-world purveyors might think like Airfix, Tamiya, Revell, or Italieri, companies with a track record of immersing this customer and retaining his interest for so many years.

I've probably spent a good 1000 hours--more than 41 days of my life--making models since I first spilled glue all over a Jaguar E-Type, then sprayed enamel in my eyes on the night of the riots that followed Martin Luther King's murder. I recall that an actual doctor talked my mom over the phone, pro-bono, from the busy hospital as she rinsed my eyes out to the sound of glass breaking in the distance.

What a start to a hobby I never put away! I'll never win a contest, but my kits are good enough to "wow" non-modelers. In my undergraduate years the pastime became sporadic. In grad school I started building kits again, in part to forget the woes of living in a town I never loved, amid theory-spewing sycophants spouting Poststructuralist nonsense in the English department.

When I built a kit then, the banality of Bloomington, IN fell away. I was lost completely in a task, one requiring the type of focus that a Zen Master would recognize. Yet immersion in the task was only part of the fun for me.

Modeling is rules-bound (fail to follow the instructions or mask before painting and you are usually doomed), so it predicates ludic play. Building models also involves the spontaneous and imaginative activities of paideia, when I scratch-build a part that the maker omitted, weather armor and ships so they look worn, and decide on modifications to capture a vehicle from my library of WW II books but not intended by the kit. This takes a type of artistic temperament to see analogues in real life and mix paints and apply materials that might include bits of actual mud or soot.

One key to keeping the kit-builder immersed in the hobby is the variety of subject. Experienced model-makers might have four P-51 Mustangs or Spitfires in the collection, but each of them is different. The range of subjects and challenges for a complex kit make the act of cementing polystyrene and painting it an ever-changing and often challenging task to one's mind and manual dexterity. I spent over two years, on and off, with a B-52D I figured I'd never see done. Now I'm ready for the next Mount Everest: a B-70 Valkyrie.

Beyond the craft of the kit itself lies the history of the subject. On my short-list of builds is the Airfix kit of the twin-engined Westland Whirlwind (one of the most graceful and least-known combat planes of the Second World War). Sadly, no Whirlwinds survived the scrap-metal drives of Postwar England, so when my kit of that subject gets done, I'll have created something that does not exist in nature.

Say, that should sound familiar to anyone who has spent enough time making, or marveling at, content in a virtual world.

Getting New Residents to Stay

Perhaps it's the lack of a ludic environment that leads newcomers to Second Life to say, so often, "so what do you DO here?" and then leave. If Linden Lab can focus on finding out what new users want in a virtual environment and then getting them immersed, they'll retain them for a while. Adding variety will retain them long-term.

The only problem of making the analogy to modeling or other "old-time" hobbies is that "old" bit. The irony is not lost on me that in many regards, model-making seems a dying hobby, unlikely to outlast Boomers and Xers again taking it up as they rediscover a few idle hours.

And so what? The companies can plan for another 30-40 years of sales and lay plans for whatever will attract a new generation, meanwhile. I probably spend $100 a year on models and supplies.

Update 8/3/10: I did some looking at Linden Lab's Destination Guide. See the next post for why I like it as a potential way to give SLers something to do in-world.