Why Second Life Cannot be a Game: Fast? Furious? Fun? 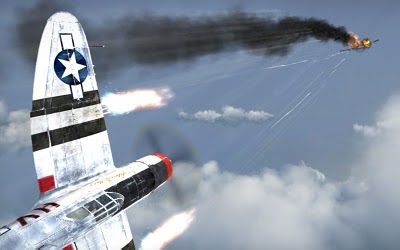 I'm an old-school paper-and-dice gamer, and there's a move afoot in the world of such games to make playing and game-mastering simpler tasks. There's a lesson in here for virtual worlds, if they ever aspire to become gamelike.

Savage Worlds from Pinnacle Games is a result of that impetus, and I'm pleased with how the rules flow. It's the first game book I've bought in several years (the low price helps) but mostly I picked it up because I wanted to see how, in detail, the rules work. With the one exception of how to spend experience points, I found all I needed very quickly. In fact, the entire book could be read through in a few casual sittings, because the emphasis of Savage Worlds is, to quote them "Fast! Furious! Fun!"

The old saws that games must have goals and rewards, winners and losers, and set rules are not quite enough. Those parameters can be forced on a virtual world. But will the result be fast, furious, and fun?

If Linden Lab or others running virtual worlds derived from Second Life want gamers, either my sort or those playing MMORPGs, "fast" is going to be a chore. Hamlet Au recently declared that "SL is a primarily a game and entertainment platform," and if so, it's not a good one for the sort of games I would wish to play.

Consider the recent snafu in SL combat sims caused by Linden Lab's server upgrade. The Alphaville Herald covered it in detail, but the comments are worth reading. Players of "real games" note the the lag of fighting in SL makes it ridiculous. One should not have to roleplay around an arrow stuck in mid-air by lag.

It may have been possible before Linden Lab's policies over OpenSpace pricing led to the closure of all water sims that were perfect for naval or air combat. I'd read that the combatants from Caledon took their air battles to Crimson Skies and retained SL for its roleplaying strengths.

Mass battles, then, are no longer possible. So Linden Lab is stuck with a roleplaying platform that is lousy for combat. Even I have played enough first-person shooters to know how lousy SL's mouseview is for that sort of play.

I should go back to Deadwood or Tombstone and have a few gunfights again, just to test whether any improvement have taken place since I last tried. But the quality of the graphics and the squeaky-clean results of being shot deterred me from continuing.

As for larger fights, unless the Lab is willing to recreated a few Outlands sims that are essentially water or desert so the Goreans, the Steampunks, and the WW II roleplayers can have mass battles (if they could, even in a desert) I don't see how SL will ever compete with dedicated games for combat. So SL fails the "furious" test that Savage Worlds and most online games pass so well.

Roleplay demands more than fighting, of course, and here SL's user-generated content comes in handy; games generally do not offer that. That remains the "fun" for gaming in SL, but if a competitor can reduce lag and permit UGC to a degree that game masters and builders like, Linden Lab's cash-cow, the roleplaying community, may leave.

I'm done trying to tell folks "Second Life is not a game." I'll instead say, it's a place you can build games, but don't expect the games to be very good if you want more than a few players involved. It's fine for roleplay, and if you want to add sex to your roleplay you'll find a lot of options."

Gaming has gradually gained respect in K-12 and higher education. I attended two panels at the 2010 Conference on College Composition and Communication dedicated to gaming, much of it World of Warcraft. Today's serious interest in ludology can be traced to the work of a few scholars such as James Paul Gee (see his What Video Games Have to Teach Us About Learning and Literacy). PhD dissertations on gaming are in the works, and small interdisciplinary programs are dedicated to the academic study of gaming and gamer-culture.

We academics do need simulations, and we can use roleplay in creative ways.

Yet even for a simulation, SL does not permit historians to use interactive learning for my favorite topic, military history.

We cannot, say, have 200 participants to recreate one of Stonewall Jackson's small-unit battles from the Shenandoah Valley, or simulate a "box" of Schweinfurt-bound B-17s attacked by a squadron of Focke-Wulf 190s.

Luckily for humanity, not all of our history involves battle. One can easily use SL for an immersive roleplay of the trial of Socrates, with some students doing research to build an approximation of the building where Athens' Assembly met. Others could design clothing and props.

We could build Independence Hall and reenact the debate over the Declaration of Independence. We could do many more thinks, and good work, such as the WWI Poetry simulation, are there to guide us.

But these simulations are not exactly "games." And that accounts for one reason college students don't return to SL after classes end. They have rich social lives; they don't need roleplay and for most of the ones I teach, gaming provides a break from their grind of academic work and heavy responsibility (God, is it heavy) to fit in and be social. Except for the dedicated gamers, they are not playing World of Warcraft or other MMORPGs.

SL does not, and may not be able, to provide the sort of gaming experience my students enjoy outside of class. You'll find those games in our Commons and in their dorm rooms, a Wii or XBox 360 console.

Hmm...how about that Blazing Angels: Squadrons of World War Two? Now that might get me to pick up a console. I'm sure not going to fly a Mustang or Corsair in SL anytime soon.
Posted by Iggy O at 7:32 AM