Has it been really that long? 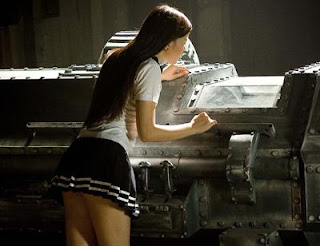 Location: Still out in the cold - frozen rock solid

Its almost two years now. Two years from the last days of a colourful time of weird experience, good humor and exploration, but also of deep friendship, loss and grief.

My time on the grid was a wild rollercoaster.

it opened a door into another world opened to me, giving me insights into the world of a bunch of the most amazing people I have ever met and I am still happy, that the contact to most of them is still as stable as it used to be in those days. It was a time of exploring, thinking and planning. We build things that were mostly useless, but that entertained us and brought people together that would normally would have run past each other in the highly unlikely event of meeting in the street anyways.

It broke the routine, was new and fresh and we gave a piece of ourselves to others offering them new insights on their current ways, maybe changing some thoughts for the better even.

We were silly and hilarious. We wore Gorillasuits paired with Russian uniforms, or raided jails to bust out family members only to stop on the village center for a square dance.

Under the sign of the hand we enjoyed an extension of our regular existences which enriched our lives in a way, which would have most likely never been occurred without SL.

But things were cruel too. People we thought we understood turned against us from one day to the next, disappeared without another word, or even worse died in real life never to be seen again and deeply missed.

The prejudice that SL would be some kind of game, still clings hard to the minds of people who haven't tried and understood it, yet i repeat it over and over again, "Second Life" has its name for a reason. We did not want to escape, run away or whatever those people tried to find as a reason for our using SL; no, we just extended our experience to an area normally locked to us.

Its almost two years now. Two years that also drove me nuts over and over again with Linden Lab not willing to act. Years of lost inventory, crappy server performance, money disappearing to nowhere, running around as Ruth and a lot of other problems that were never addressed and most likely never will be.

Since I am always having a hard time resisting Iggy's requests, I willed myself to write something about my SL afterlife and found it incredibly hard to find an introduction to this topic. Looking at what I have written now gives me more the impression of an epitaph to the avatar formerly known as Tenchi Morigi.

Honestly, it kind of is one. I ended my regular visits to the grid in August 09 and have returned only twice since then. I have followed the regular coverage of this blog and was sad that the difficulties we foresaw in 07 already are now coming to full effect, most likely doing irreparable damage to the concept of virtual worlds in the future.

But what has this to do with my SL Afterlife. Well after SL I tried out several ways of socialising and have to say that no platform offers such an easy an uncomplicated approach to that like SL did which is a real loss (I would love to be proven wrong there). It seems that there is no real alternative, and all possible alternatives are far from the "social quality" SL once could muster. So the subject is currently completely off the table for me. Well you could meet me online, but that would mean a 70-year-old Orion slave girl charging at you wielding a bath'leth in STO. Yes I am playing Star Trek Online at the moment since I always was a Trek girl and looked forward to it, but the style of communication and socializing is in no way comparable to what SL had to offer. That shouldn't be a big surprise, since STO in fact is a game while SL is not.

I admit that I woefully look back to those days and wished that people were a little different, LL a little less greedy and me a little more motivated. The time I spent in SL was great and surely not wasted, but reading the coverage on it and talking to the people I am still in touch with they will remain a memory to be cherished rather then an epoch to be continued.

Going back to sleep
T
Posted by Tenchi Morigi at 5:45 AM

Interesting story! Still i dont fully understand why you left?

About community I agree. There is a lot of opportunities in SL u cant get elsewhere. I thought so too.

The community in inWorldz whips the SL community hard. Its so awesome. We dont just meet in worlds, we meet in Twitter and at the forum when its not possible to be online in worlds.

And its a different kind of people here. Very easy to get friends and have interesting conversations, not just spammy dance clubs.

So yes there are alternatives, nowadays =)

There wasn´t that one reason. It was a variety of several ones. In the Archive of August 2009 you will find the article I wrote back then trying to bring some light to it.

It was mainly the inability to properly use SL (my machine was crap back then which has changed in the meantime *G*), Linden Labs policy of constantly throwing sticks between the legs of its userbase and the constant loss of userbase. The hype of 2007 violently drew people from all different points of world to Sl and formed a melting pot never to be seen again, but as violently as it drew the people towards the grid, as violently it spew them out again taking the basis for a mainly socialising user, like I am, away.