Oh Lindens where art thou? 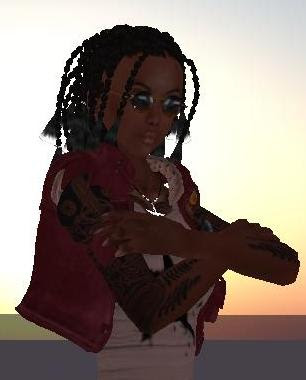 Location: Secret Computer Lab deep inside the grid
Iggy and I spent a good deal of time discussing what would be the the best way LL should take in our eyes. While Iggy has already elaborated on the educational perspective he asked me if I could employ my Geek Girl powers to spare some thoughts on the technical part of the matter.
LL faces an immensly difficult task. They have to balance quite a lot technical issues. I am going to venture only in the user part ... the client side. Talking about the server architecture won´t make much sense since I lack the expertise here. I have some ideas though which I will share later.

On the client side however its pretty easy to see which issues are at hand. The main problems to be tackled are the stability and performance on the one hand and the graphical attractiveness on the other hand.

LL obviously tends towards the gamer side of the matter and after windlight the second big updates of shadows is in the pipeline. On the other hand an increasing number of users notes a decreasing performance. As Iggy reported earlier some of the machines in the computer labs of UR were stranded earlier this year already and some of the people I met in SL already stated they are unsure how long their hardware can keep up with "SLevolution".

I have to join in into that chorus. While the machine I am using mostly was working ok with pre-windlight clients, its now almost unusable. The other machine can cope with Windlight but only on medium settings.

Both machines suffer from lag in various regions and the overall performance is decreasing.
I think that LL is misjudging its users. I think that the major part of SL users is not the hardcore gaming type, that has SLI connected graphics cards and is willing to invest money into such material in regular intervalls. In my eyes the majority of users can be rather described as casual users and socializers that have more interest in using SL as a plattform for contact rather then serious gaming. Gamers usually have a hard time finding their way through SL with questions like "What can I do here?" or "What is the goal of all this?". Even when they find the various RPG and other playareas they are usually disappointed and I don´t think that a slightly better graphics engine can make up the gap to current games on PCs and cosoles. On the other hand it will narrow down the basis of users with hardware replacement cycles of about 3 to 5 years (and even larger in the current crisis) which I think are the majority of the users active in SL. Asked for their favorite client they usually pick the pre-windlight ones most noteably the 1.19. Additionally in general polls held in forums I regularly visit the attitude rather goes to fix things first and add features later.

I won´t deny that a new look on SL is something that is not desirable. Absolutely not, but if that means I can barely navigate or not log in at all I would rather have more stability and performance then eyecandy.

The problem of a narrowing userbase for SL is of course the decrease of cashflow for LL. So it should be in their best interest to keep the active user count up. Even though it would mean more work for developement and testing, maintaining two clients would be the way to use. While the classical client could be frozen in the graphics engine the advanced client could be patched up with all the graphical stuff that would make high end users happy. Both clients could receive vital security and functionality updates and just divert in their handling of graphics. This would reconnect a lot of users, who got lost on the way, and reopen the cashflow.

Combined with a focus on bugfixing, performance optimizing and introduction of new useful features that enhence the user experience (like a reliable and transparent search for example) and improve SL´s position as leading Metaverse platform.

Even though this might be a way SL could take, it would only cure the symptoms and not the real problem underneath. One should always keep in mind how old SL actually is and that the old nucleus of it is still active. From that time on additions to it have been introduced and Sl saw a vast growth (especially in first half 2007) which the original core was most likely not intended for. Today SL is a datacenter moloch of a large number of grid servers and connected support servers around it. I guess the best picture for the current situation of SL is the one of a house, that has new parts attached to itself in a wild manner and now the 10 floor house now has 30 floors and some add ons on the lower level and the whole construct sways from side to side, while 6 times as many people which were originally intended now live there. At the same time the janitor tries to keep it up and running.

The problem with SL is that it is a grown structure that is hard to manage since every change introduced might cause problems with other parts of the system, that have not been inspected (like the janitor sweeping the floor and accidentally knocking away the ladder of his colleague, who was trying to change the light bulbs).

The most sensible thing to do in my eyes would be to freeze SL in the current state and just fix the worst bugs and performance issues which still exsist.

The massive amount of data that could be collected over the time should give LL a pretty good image of what the plattform actually needs to look like in order to satisfy its users needs, attract new users and provide a scaleable and reliable plattform for future growth. This data could be compiled into a roadmap for (if you want it to call it that way) 3rd Life which would be a new Metaverse in itself.

One of the major aspects to the success of such an idea would be to migrate the assets from the old system to the new one smoothly. I agree it is a very idealised picture I am drawing here but I have another one for the opposite case.

Imagine the current developements reaching maturity while SL on the same hand becomes more and more exclusive driving other users away. It will only take one Metaverse which reaches maturity and allows user generated content to be set up in this world pretty much like it is the case in SL. The results will be noteable at once since people will very much migrate within months once the the word has spread and SL will go down and most likely close since there are better offers around.

At the moment this exodus hasn´t yet started since there is no alternative but there will be one (and I guess not in such a remote time) and if SL continues to develope the way it does now, it will most likely end up the way I have drawn the picture. The time to act for LL is now, or they will further jeopardize their userbase rather then widening it. This would mean ultimate desaster for LL but would make sense if they plan to grab as much cash now as they can while they are the only ones on the field before the real competition starts and simply close their doors once the rivals show up successfully. I doubt that this is the case but if my doubt are right then SL will most likely not stand the competition.
Posted by Tenchi Morigi at 12:16 AM

Thanks for a heartfelt and well considered critique of the LL situation.

You'll soon read here about my first trip into an OpenSim as part of the Heritage Key project. I have to say, it makes great sense...individuals running servers instead of one Google-style colossus keeping a mostly empty metaverse going 24/7.

Except LL has nothing near Google's user-base.Google can afford to scale up.

Metaplace and several other VWs only light up parts of their grid when avatars go there. It makes a lot more sense from financial and ecological points of view.

I was talking in SL today to our friend Cynthia, and it occurred to me that LL should have shut down most of its grid and spent their money to set the standard, and develop code, for avatars and gear would needed in an archipelago of OpenSim worlds, with an inventory system one could carry from world to world, leaving others to make the worlds themselves.

LL seems to want to be Apple Computer, making everything a user needs, instead of Microsoft, licensing its OS and selling apps to others, so a standard emerges under their tight control.

I'll say it for the first time: I doubt LL will be around, as an independent company, in a few years. They will not establish the standard for virtual worlds.