A Peak Oiler's Riposte to the Singularity Timeline 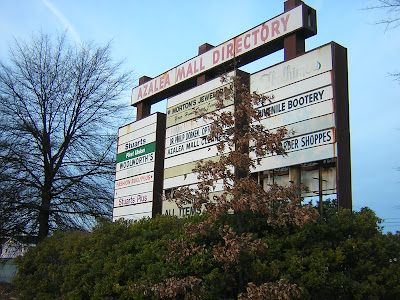 I'm combining this post with my usual "Kunstlerism of the Week." I've been thinking about Transhumanism lately, and debating the topic in a friendly way with some proponents of the idea. In fact, one of the graduates of Dr. Raymond Kurzweil's Singularity University belongs to the Second Life Education List (SLED), and we've been posting our prognostications back and forth.

We could conceivably take ourselves toward futures to be proud of, but they are not likely to be the kind of futures we are so busy projecting in our techno-grandiose fantasies about machine "singularities."

As a neo-luddite and organic gardener, my objections to transcending the body should be obvious: I don't consider it an appropriate technology for reasons of social justice and concern for the environment. As an ecologist, I fear that Transhumans and AIs would have so little regard for the found (as compared to remade) natural world that they'd make today's eco-rapists look like green angels.

Of course, as a believer that cheap oil will soon reach a global maximum of production and then begin a terminal decline, the ideas of the Transhumanist movement seem moot to me. We may not have a reliable enough power grid or transportation system to make the advances they predict, let alone distribute them in a way meaningful to the majority of humanity. I draw upon the thinking of Richard Heinberg (Power Down and The Party's Over), Michael Klare (Resource Wars), and Kunstler (The Long Emergency) for my futurist slant. I draw upon "The Hirsch Report" written for the US Dept. of Energy and Matthew Simmon's Twilight in the Desert for the science behind my ideas.

What sort of time line might I set against Dr. Kurzweil's? This is my optimistic projection, as compared to those of some Peak-Oil writers.

Perhaps climate change and oil depletion will trigger the sort of innovation we saw during WWII or the Space Race, but I doubt it; the Transhumanist vision does not acknowledge Homo Sapiens' propensity for bloodshed, tribalism, and pure chaos that erupts when scarcity prevails. How do we avoid the worst of these changes? That would be lovely to know, but as Kunstler also notes, "We know we have to go somewhere. We know that something like history is leaving us behind. We have no idea how to get to a new place."
Posted by Iggy O at 6:46 AM

iggy O
thank you for the predictions. i myself am a graphic designer in Los Angeles and have read kurzeil's book on the singularity. i am a futurists... i just designed a society on the moon to be established in 2050. Only time will tell whether this notion manifests. The United States is in a transition past industialization, one that i agree with you must surpass the thinking of the boomer generation.

As the unity of the modern world becomes increasingly a technological rather than a social affair, the techniques of the arts provide the most valuable means of insight into the real direction of our own collective purposes.
Marshall McLuhan