More Sound and Fury Over Adult Content in Second Life 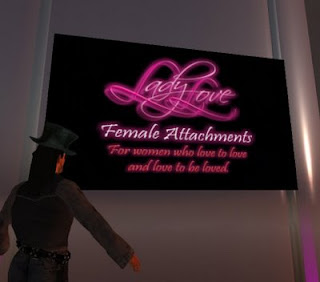 Either the search engine is really broken, or the Lindens are blowing steam when they claim that only 2-4% of mainland businesses, and 5% of all businesses, deal in sexually explicit materials.

SL residents have strong opinions on this one: 700+ posts in one Linden Lab forum on the new policies. 400+ in another. Yes, this is the biggest flap I've seen in 2+ years, though "oldbies" in SL will remind me of earlier uproars that came and passed.

Yet unlike the recent Open-Spaces policy-change, a change to adult zoning goes to a visible and, some claim, essential part of the SL economy.

Whatever numbers the Lindens trot out about percentages of content, cyber-shagging appears to be big business. Do a few place searches with dirty words of choice, and check the traffic figures.

And children are getting into SL, whatever the Lindens' policies may be. We have all met them.

We've also met the "where is the sex?" noobs at the Welcome Areas, and we had a good laugh at their antics.

As I cruised--well, plodded--through the forums, one post struck me almost like a blow to the head. You have to wonder what species of idiocy would lead a teacher to bring her 4th grade students into SL. Yet that is exactly what one teacher admitted in the Linden Lab forums, and the reactions were so caustic that I cannot repeat them here.

Suffice to say that we all--educators, nightclub owners, virtual hookers--slapped our heads with one big "whack" and reminded the teacher that she'd violated the Linden Lab Terms of Service multiple times. I'm not sure that she should even have an account, if she could not be bothered to read the guidelines from the lab.

Her case reinforces an idea that educators bumble into SL clueless, and that we are responsible for the changes that the Lindens have announced to their content zoning. I don't think that we drove this change, but concerns about educational customers may have contributed. After all, in the US at least, we have "helicopter parents" who stay in touch with their children constantly. They would be outraged to find their sons or daughters in a club selling the sorts of goods pictured above. I could not run photos of the interior, or even of the sign for the Men's shop, "Woody World."

While I had a great laugh at that marketing--on a private island, by the way--I'm not sure that a broader resident-base would. Expanding that base has been a stated goal of Mark Kingdon since he took over as the CEO.
Posted by Iggy O at 7:34 AM

/me shakes her head in disbelief

They did it again did they? I have a hard time believing that there are only people sitting in the councils to decide what to do, that lack the natural ability to think logically and draw conclusions from earlier failures.

Dear Linden Labs. Don´t you think that by constantly bitchslapping long term they might really piss them off and drive them to leaving SL.

Many will leave. Maybe LL wants that?

In fact they actually could want just that but I guess they haven´t taken time to read their numbers. While they think they have only 2% to 4% adult parcels but ruining their business would kill a constant source of revnue.

The sensations brand for example is owned by two people and they earn enough money with it to make it their first job. If these two are pissed off and leave Sl there will be serious problems on the way since they are producing the most popular collarscript in SL ... and we all know what this means do we?
I guess Pappy should start a Hillbilly collar *ROFL*