My Second Life friend Tenchi Morigi, also my "Mysterious Mentor" for class and frequent mischief-maker on this blog, made the leap to bobble-head land to create a Metaplace account.

Her first act? To make a trailer worthy of Pappy Enoch himself (who is off on work-release from the alien zoo where he's been held hostage, but that is a tall tale for another time).

Buying Stuff:
I had to one-up Tenchi, so I visited her world (I'm now a sixth-level Mad Scientist) and with 200 of my Metaplace Coins I purchased a bulldozer from the marketplace. Unlike SL, with its in-world shops and Web-based Xstreetsl site, Metaplace combines both functions in a marketplace that a player can invoke while wandering about. I guess that there are in-world shops too, but my travels have been limited so far.

Modifying an Item:
Pulling up the "my stuff" box, I placed the dozer on Tenchi's land. I've no idea if she gave me permission to build there or how long the object will remain. Then I used a "behavior tool" to add a few features to the vehicle.

It now wanders Tenchi's land randomly. It did not run me over, however, as I was secretly hoping, so I could yell mad-scientist dialogue into chat such as "Curses! The infernal thing will not bend to my iron will and superior intellect!"

Well, I could have picked the machine back up, but no hillbilly paradise would be complete without a demonically possessed "Killdozer," straight from the 1970s Movie of the Week by that name.

Intuitive Play:
The "scripting" of the object was instant and involved no Byzantine lines of code, something I despise in SL but am learning to do, reluctantly. In many other respects Metaplace is intuitive, but I still have to unlearn many SL habits. I can only zoom in on IggyO when I'm in build mode, but once I did that, when I returned to Play Mode I was still in a close up. This proved ideal for the shots I took for this post.

Coda:
Now that I've begun my career of chaos, I need a few items that may not be in the marketplace: 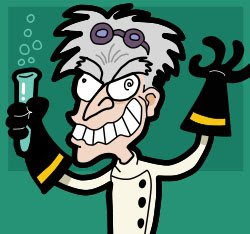 See people? This happens when you let other modify your land. Take care and choose wisely in the future *G* So I guess I will have to release the giant Mountain Wampus on Iggy`s Home after painting all walls pink.

BRING ON THE MOUNTAIN WAMPUS!

I'm still waiting for my Metaplace account to be activated (it's been several weeks now...) to join you guys. And please - could anyone tell Dell that 2 weeks is wayyyyy too long to repair my laptop?