Its not been a full year since I made a frist resumee of my first twelve months on SL and I am already summing up again. Well I could of course have stuck with the strict year cycle, but I think that won´t change a lot since the curve of my SL currently moves quite homogeneously with the current developements in SL so I will use the classical habbit from TV to use the day before the years end for a look back on the past year.

First and most likely 2008 was a year of change for SL. CEO and CTO stepped back and new people took over the job. This created quite some hope with the people of SL (including me) since they were hoping that it would improve the user experience which they longed for.

The truth looked a bit different though. LL proved once again that they are a commercial venture in first place and not the caring gods of a world created by our imagination how the claims always want to make the users believe.

The open Sim debate showed this more then clearly. Launching a product and not calculating the possible impact on the grid was a rather typical behaviour. The huge success of the open space sims immedeatly ended when they were going for their share of the cake and announced a dramatic increase in the sim price. At the same time several decisions caused even more uproar in the commercial community like the massive pressure that was put on landprices by simply releasing more and more mainland effectively cutting the landprice to pieces.

Additionally the proclaimed year of stability still echoes in quite a lot of heads but the reality looks different here as well. The current viewerrelease causes even more crashes then the older ones (some people say 1.19 was the best viewer released so far and have 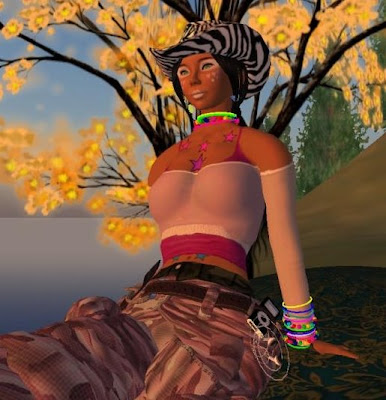 switched to onrez Client) and in the worst cases some long term users are left stranded because they cannot comply with the client requirements anymore. This is especially bitter since the Linden representatives do not get tired of assuring that their first goal is stability and reliability which are two factors that never have been really reached or to make it worse never have been taken seriously.

I think that everyone should have come to the conclusion that LL is not a group of virtual messiahs that serve the better of the virtual people but a commercial company that will actually only improve their services noteably when the dollar isn´t flowing anymore. The loss of 250 open space sims might be a first warning sign here and if more will follow perhaps they will rethink their policies finally. At the moment SL has quite a monopoly of the most progressed plattform of its kind but others will follow and those are most likely ventures not to repeat such mistakes.
Since I do not own mainland anymore (for quite some time now) I have decided to downgrade to basic and not buy Linden Dollars via the official Website but only use licenced Exchange website since I think that is the only way to make them understand by limiting the cashflow. 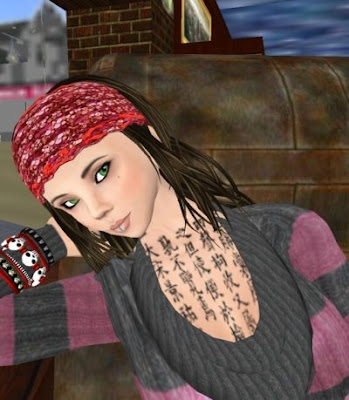 On the personal side of my SL the second year has also been quite different from the first one. While the first one mainly was coined by the aspects of learning, year two was mostly about using what I have learned, passing it on to others and helping them to find their way. This included quite some exploring and meeting new people but on the same hand loosing touch to quite some of them as well since they left SL from one day to the next.
A friend of mine once stated that everything SL runs 5 times as fast as in RL and seeing those dear people vanish seems to prove that quite impressively.
Apart from that I noticed a certain change in the quality of people I meet on the grid. While last year I met quite somem nice people whom I liked to talk with these occasions became rarer in 2008. This was not because I was in no mood to talk but the people I met didn´t really get past the usual 3 word introduction or tried getting me out of my clothes on the spot. the general quality of people using SL seems also to be slowly decreasing. This goes hand in hand with the slow loss of creative potential since the leading heads of the creative community draw back their support and release less things because they are disappointed of Linden Labs policies which do not encourage content creators to invest their time into Second Life anymore. 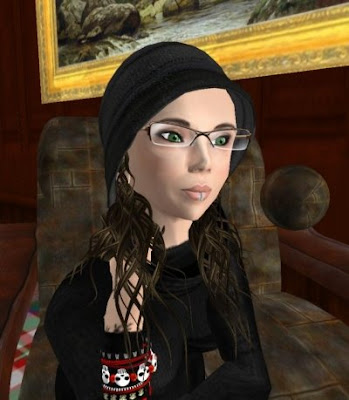 I think that the hype about SL is pretty much over and a lot of people originally interested in it turned their back on it. This combined with the current ambition to disappoint long term users could result in a dangerous mix for Linden Labs helping other ventures indirectly. I am pretty curious how the next year in sl will turn out and what it will bring. I hope that LL will not continue making the mistakes it did in 2008 for their own good.
If things won´t change? Well since I have lended my crystal ball to someone else it will be hard to judge. If no surprising fresh candidate will appear on the scene in 2009 SL will continue to "rule" the metaversal plattforms but will further sinking popularity due to unreliability and a rapidly decomposing user community.
Posted by Tenchi Morigi at 6:07 AM