Same Old "Second Life is Sex" Story: Why We Should Worry 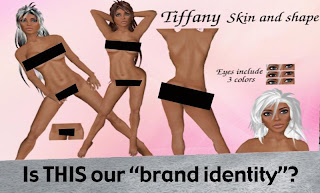 Location: About to get a drink

Last year, a BBC documentary covered the lives of two Second Life couples who came together in real life. It did not purport to give a balanced view of SL, instead focusing on infidelity, geek-love, and a few tame SL sex scenes--more comic than lurid, truth be told. Still, it was enjoyable and not likely to start an anti-SL firestorm.

Now the Canadian Broadcasting Corporation has re-cut parts of the documentary and dropped the British accents. They re-packaged it in a manner that is as sleazy as a one-night stand in a cheap motel, after too many bad gin fizzes.

Shame on the CBC. Here we are, getting this body-blow at the end of the Educational Support Faire in SL, with its presentations, educational displays, and promise of interactivity for intellectual work.

I might as well piss into a hurricane, trying to convince people not in SL that it serves education, business, and the non-profit sector well. Each time a major media outlet reduces SL to copulating pixels, a lot of our work is undone.

At the same time, to be honest, shame on us.

Not for permitting sex in SL, but for not admitting a striking difference between our virtual world and many others. Sex has become, like it or not, a signature part of the Linden Lab "brand." Yes, IMVU's Bratz dolls are usually shown hanging about in hootchie-wear, but "Second Life," a term redolent of a "hidden life," may become the definitive term for avatar-based realities.

And in our particular little universe, there are many clever individuals selling kinky goods for various avatarian subcultures.

For these reasons, I've been stewing since I read Tenchi's remark about academics who leave sexually explicit groups in their avatar's profiles. I don't really care if my colleagues have cybersex, but by leaving evidence in their profiles they debase the hard work in education and business settings. And they feed the gaping maw of the "infotainment" industry, always hungry for sex or blood to grab the eyeballs of those who consume passive media. Worse still, such coverage fires up the would-be censors of the Internet, the moral crusaders who wish to have us all do things their way.

Now that I've warmed you all up, so you simply must see the documentary, I don't recommend reading the misinformed "commentary" at CBC's site unless you have taken your blood-pressure medicine. The venom goes beyond the usual "read a book, get a life" remarks, though it's amusing to be flamed by people who still have not figured out how to use a spell checker:

Shame, shame, shame on these dispicable people for "loosing reality" and losing their family over such a rediculous, childish "game". I think kids have more common sense than these "adults". ANYONE who particpates in this needs to have their head examined and get a grip on "LIFE".

We stake-holders in virtual worlds had best hope that the terminally indignant do not discover the Goreans, the BDSM crowd, or the "forced capture" fans in-world. I fear the day that one of those subcultures--and not merely "normal" sex between avatars--become the focus of a major documentary and gets aired in the US Congress. Our work to bring SL into education and business will be doomed because, unlike the broader Internet, Linden Lab is the site where all the content gets hosted. The lab may try to position itself as a mere ISP for 3D content, but to people like the moron quoted above, such nuances won't matter.

Some morons wear judges' robes. A lot more have been elected to office. Unless we take on the "all about sex" issue directly, Linden Lab--and everyone with an SL avatar--gets tarred by the same brush.