Swinging the bat - on self destructive tendencies in german speaking communities 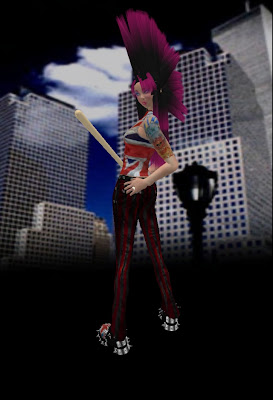 The combination of Web 1.0 and SL is relatively close. Even though SL offers a rich arsenal to stay in touch and communicate, most users rely on classical webapplications to combine them with their SL accounts.
The preferred application of the german speaking community is the bulletin board which spawned quite some active communities with sometimes around 20.000 users (more or less active though). The range of topics offers the usual mix from SL related topics, to special interest areas like scripting, RPG news to off topic fun.
I have taken quite an active part in one of those communities since I was new to the grid since it helps to start a network a lot. From the beginning of february 2007 to now I have noticed that in those communities there is a certain tendency to self destruction. Arguments slip to personal attacks (and that sometimes very rude), serious topics are torn apart by of topic remarks and user accuse the moderators of misusing their power to settle personal differences.

One might argue that these events are nothing new in bulletin boards history which is true. Yet disturbingly the vehemency that those fights (one has to call it that way) are carried out, is way past everything that I have witnessed in bulletin boards so far. A sad tendency that accompanies almost every discussion is that people tend to have the opinion that everyone not sharing their point of view must have personal differences with that person. This is usually enough to spark such discussions while the VIPs of such communities not only rely on their own virtual bats to club down their victim but also call in their supporters to join in. Those virtual brawls had to be stopped more then once by the moderators by temporary thread closings and deleting of offensive posts. When events take their usual path both sides accuse each other of starting becoming personal and both parties accuse the moderators of cencorship and taking sides in the conflict.

Events like these have been a regular sight in the two major communities which led even to temporary shut down of the boards to clean out the mess. Current climax of this sad story is that the german speaking community has broken up into at least 4 boards now and in all those 4 boards these events repeat themselves over and over again.

Even though this is one of the very ugly faces of SL, I think that it is one not to be forgotten. Anonymity and the ability to be whoever one wants seem to encourage such behaviour. Along with the common reception that SL is a game (which it is not) this obviously leads to the fact that other avatars are rather regarded as Non Player Characters and the ability to knock them to the ground must appeal as a worthy goal of the "game".
In my eyes a decent behaviour is never wrong, in fact its essential. And while I cannot judge at the moment that other communities suffer from the same behavious I am hoping that it will not be different there.
Even if LL manages it to get back to the balance of the pickle I mentioned in an earlier post, the grid will have a hard time to survive if the community doesn´t start to see that working together carries sweeter fruits then working against each other.
Posted by Tenchi Morigi at 12:15 AM